The Anime Happens Here: Funimation Panel just wrapped up at this year’s New York Comic Con and it was stacked with exciting updates, a look at the Fall 2021 anime season and beyond, and even a special musical guest!

That’s right, Funimation has returned to NYCC, so you know we had to bring some fun. The jam-packed panel gave us some news on amazing titles coming to Funimation, like Log Horizon Season 2 and The Genius Prince’s Guide to Raising a Nation Out of Debt, theatrical announcements like EUREKA: EUREKA SEVEN HI-EVOLUTION and a phenomenal show closer with a short set from hip hop artist Guapdad 4000.

Miss the show? We got you. Take a look below at everything that was covered, and let us know what your favorite part was or what you’d like to see next!

And if you were looking for more adventure, then the look at Mushoku Tensei: Jobless Reincarnation Second Cour that came next was just your thing. Rudy’s adventure continues!

Next, we took a quick trip to the stars with Irina: The Vampire Cosmonaut, caught up with the next generation in Yashahime: Princess Half-Demon—The Second Act and prepared for the arrival of One Piece Episode 1000 with a reminder on the English dub of Season 11 Voyage 9 and a note to check out the One Piece autograph signing at NYCC.

And there was no better way to close out our THRILLS section than with a little bit of Prince Bojji and Kage from the adorable, sprawling adventure in Ranking of Kings!

Next, it was time to chill, so comedy felt like the right place to start. We took a quick look at My Senpai is Annoying and The Vampire Dies in No Time, two comedy series you just won’t want to miss.

Oh, and did we mention the Dragon Ball x FILA collaboration? Talk about the most stylish way to chill. Those Vegeta kicks! 😍😍😍

But it’s not all about the latest season in anime, so next we took a dive into what’s coming later and the classics and favorites joining the Funimation catalog!

For Winter 2022, we announced The Genius Prince’s Guide to Raising a Nation Out of Debt, which we can’t wait to check out in just a few short months. And there was a reminder that co-production Tribe Nine is also on its way!

The Prince of Tennis. Log Horizon Season 2. Jujutsu Kaisen. Yes, all three of them are streaming RIGHT NOW on Funimation. Surprise!

Jumping back to Winter 2022, we took a look at some seriously incredible art for the upcoming Kamen Rider anime series, FUUTO PI, and gazed upon the glory of the Funimation x Copic market set once again. 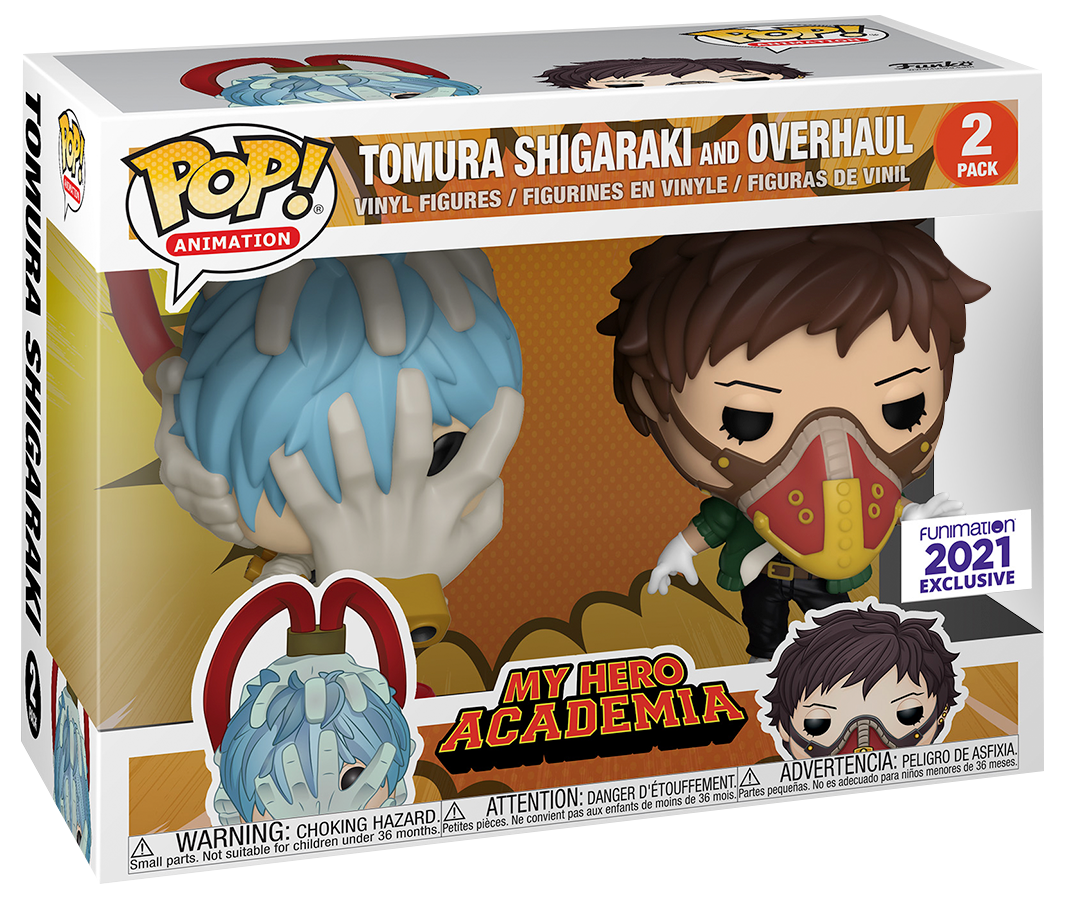 There was also plenty of sweet new anime merch to behold, like the “Sugoi Dekai” shirt from Uzaki-chan Wants to Hang Out!, the Fatgum pillow and the incredible, squeezable Pipe squishy from DECA-DENCE. Did we mention the Funimation-exclusive Funko Pop! Two-Pack featuring Shigaraki and Overhaul?

And you know we had to go to the movies, too! After some quick reminders and updates on upcoming theatrical releases like My Hero Academia: World Heroes’ Mission (October 29), Sing a Bit of Harmony (January 2022) and Sword Art Online The Movie -Progressive- Aria of a Starless Night (December 3), Funimation confirmed that the long-awaited third installment in a beloved franchise, EUREKA: EUREKA SEVEN HI-EVOLUTION, would be hitting theaters in 2022.

With a special performance and interview with Guapdad 4000, the Funimation festivities at New York Comic Con officially kicked off! If you’re at the show, come hang out at Sakura Park or in our amazing outdoor and The Funimation Shop spaces.

Don’t worry if you can’t make it to the show. We’ll bring you all the fun through behind-the-scenes content and recaps all week long on our social media channels. And as always, keep it locked to Funimation for all things anime, this season and beyond.

It's time to save their dormitory! We're excited to announce that the Dropout Idol Fruit Tart English dub is...
Industry News