NEO: The World Ends with You Drops Action-Packed Opening Movie

Ready for all of the feels? Square Enix just dropped the official opening movie for its upcoming...
Read more

Get your survival gear ready, because MADHOUSE’s Sonny Boy has unveiled some news! The official website of...
Read more

Classes are back in session and anime’s favorite super heroes in training have returned to U.A. High School for another exciting season of “My Hero Academia.” Funimation® revealed today that Season 3 of the top-rated series will premiere on Saturday, April 7, 2018. As with last season, the first six episodes of “My Hero Academia” will simultaneously stream on the same day and date as the Japanese TV broadcast – in SimulDub™ on FunimationNow in the U.S., Canada, U.K., Ireland, New Zealand and Australia and in subtitled simulcast on Hulu and Crunchyroll. All 25 episodes of “My Hero Academia” Season 3 will stream in SimulDub on FunimationNow and in subtitled simulcast on both Hulu and Crunchyroll.

“From rankings to polls to awards, ‘My Hero Academia’ was without a doubt, universally recognized – by both fans and media alike – as the best in anime in 2017. The series truly resonates with the superhero lore and pop culture representations that North American audiences grew up with and continue to gravitate to,” said Gen Fukunaga, CEO and founder of Funimation. “We’re excited to be premiering Season 3 on April 7 and to be able to once again simultaneously stream the first six episodes of ‘My Hero Academia’ in SimulDub on the same day and date as the Japanese broadcast.”

Ahead of the Season 3 premiere, Funimation will be releasing “My Hero Academia” Season 2 Part 1 on home video on Tuesday, April 3. Season 2 Part 1 will be available as a Blu-ray/DVD combo or a Blu-ray, DVD & Digital Limited Edition in a special chipboard box along with an assortment of collectible souvenirs including a 40-page art book and set of ten holographic trading cards. Also on this date, the English dub of Season 2 Part 1 (episodes 14-25) will become available to stream on Hulu. 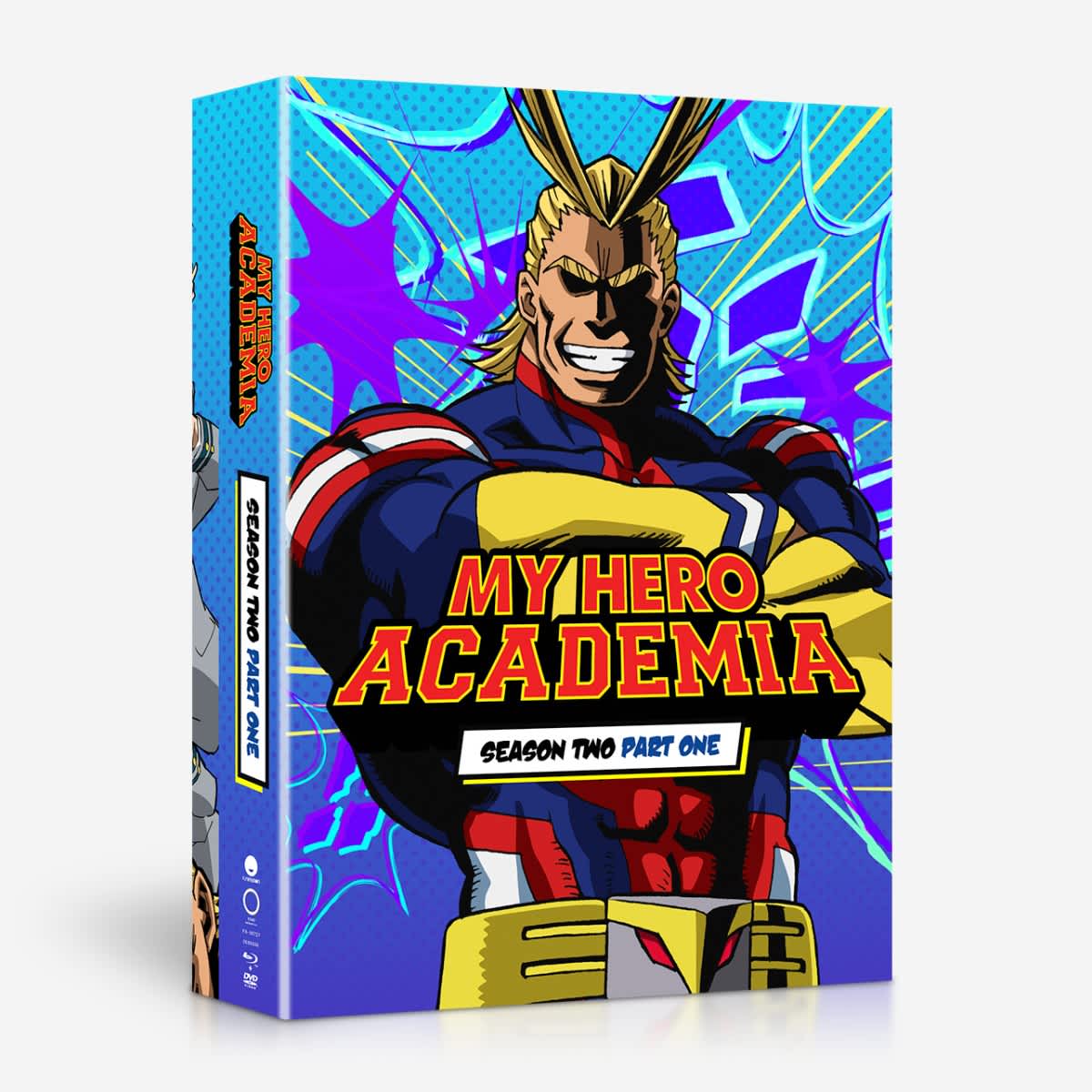 “My Hero Academia” received countless awards and accolades for its second season from both fans and media alike – so much so that it won both IGN’s “Best of 2017 – Anime of the Year” and their “2017 People’s Choice – Anime of the Year” awards for Season 2.  Fans voted it #1 on Anime News Network’s “Best of 2017 Mega Poll.” Fandom selected it as one of “The 15 Best Anime of 2017.” Tor.com named it one of the “Ten Best Shows of 2017.” Gamespot.com ranked it #1 on its “Top Ten Anime of 2017.” Nerdist dubbed it the “Perfect Anime for American Comic Book Fans” and ComicBook.com awarded it the “2017 Golden Issue Award for Best Shonen Series.”

Summer is here, and the heroes of Class 1-A and 1-B are in for the toughest training camp of their lives! A group of seasoned pros pushes everyone’s Quirks to new heights as the students face one overwhelming challenge after another. Braving the elements in this secret location becomes the least of their worries when routine training turns into a critical struggle for survival.

For more about “My Hero Academia” Season 3, including character information and how to “join the Academy” to receive exclusive news and information, visit funimation.com/myheroclass.

To watch new and past English dub episodes of “My Hero Academia” or purchase home videos and licensed merchandise, go to funimation.com/myheroacademia.

Past seasons of “My Hero Academia” are also available to watch on both Hulu and Crunchyroll.

NEO: The World Ends with You Drops Action-Packed Opening Movie

Ready for all of the feels? Square Enix just dropped the official opening movie for its upcoming...
Read more
Announcements

If you've been waiting for more info on the upcoming Scarlet Nexus anime series, then today is your day! Thanks to our...
Read more
Announcements

Come warm up with Funimation during the Winter 2020 anime season! Check out everything coming to Funimation...
Read more

The holiday season is here, and that means spending time with family and friends! We make sure...
Read more