Big swords. Little swords. Pointy swords. Magical swords. When it comes to anime swords, we like them all! But there are definitely some swords that stand out above the rest. Since we just released Berserk on Blu-ray/DVD, we were compelled to showcase our favorites in our blog. Check out this anime list!

*Warning there may be spoilers and the content may be graphic*

“It was too big to be called a sword. Massive, thick, heavy, and far too rough. Indeed, it was a heap of raw iron.”

The funny thing about the Dragon Slayer was that it wasn’t even supposed to be used as a weapon as most people cannot lift the huge hunk of metal- it took two soldiers to just move this. However, our main man, Guts, is able the wield this behemoth blade with one hand!

Ever since Guts was branded after the Eclipse, demons (and worse) have sought out Guts’ life and everyone around him. Normal swords don’t hold up to the strengthened otherworld foes. As a base weapon, the Dragon Slayer is able to pierce and wound most enemies and even act as a shield. However over time, the Dragon Slayer has soaked up the blood and life force of the numerous (numerous!) otherworldly beings, which has allowed this weapon to wound the strongest of demons.

Swords are really the best for slaying demons and monsters. If the Dragon Slayer didn’t convince you, let the Claymores show you how it’s done. The Claymores are half-human/half-Yoma (shape-shifting humanoids which eat humans) that kill Yoma with giant swords, also known as Claymores.

These swords don’t rust, don’t break, and are always sharp. The Claymores use their Claymores for everything, from chopping wood and resting on them like chair backs, to chopping limbs and laying enemies to rest.

Now if you thought those demon-slaying swords were the end-all, you would be mistaken. THIS is a demon-slaying sword! With the ability to slay 100 demons in one swing, this is a true sword. The only thing is that this weapon has a mind of its own. When not in use, it turns into a rusty and chipped katana. But when it’s cooperative, this weapon can shoot energy waves and absorb demon power to become stronger.

Alright finally not a demon-killing sword, just a pirate-slaying- maybe not the biggest difference in the world of One Piece. Of course, there are many impressive swords in this world, heck we have a main character who wields three such swords at the same time! But there is something to be said about the sword of the swordsman who has the title of “world’s strongest swordsman”.

Yoru belongs to a class of the 12 highest-quality swords in the world of One Piece. It stands over 7 feet high, it comes in a fearsome black, and it has the sharpest edge. It gives a skilled enough wielder to cut clean through ships and icebergs. And that isn’t even the beginning of what it can do.

Ok I couldn’t leave the demon-killing swords alone for too much longer. But wait! This one is made purely of spirit energy! Starting off as an extension of spirit energy from an original sword, it grew in power as its wielder Kuwabara got stronger in using spirit energy. Then it transformed into the “Dimension Blade” with the very rare ability to cut through anything: prisons, psychic barriers, attacks, you name it. Now if only the user could fight as well as a demon…

It’s time to end this short list of anime swords with perhaps the most bizarre sword out there. In the world of Kill La Kill, fashion is power, where particular clothes (Goku Uniforms) can enhance a person’s physical abilities and much more. So of course a giant scissor is what you need against these in-vogue villains!

Paired with the fierce protagonist, Ryuko, and her particular uniform which takes her skills to the max, the Scissor Blade is able to cut down anyone that meets her in duel AND it can absorb what makes these garments great: their life fibers.

So there are many swords that I didn’t get a chance to talk about: the varied zanpaktos, the “useless” sakabatos, and many more. What are your favorite swords? Let us know in the comments and tell us why they’re a cut above the rest. And finally check out the original bruiser, the Dragon Slayer, in the new home video release of Berserk — available January 16th, 2018! 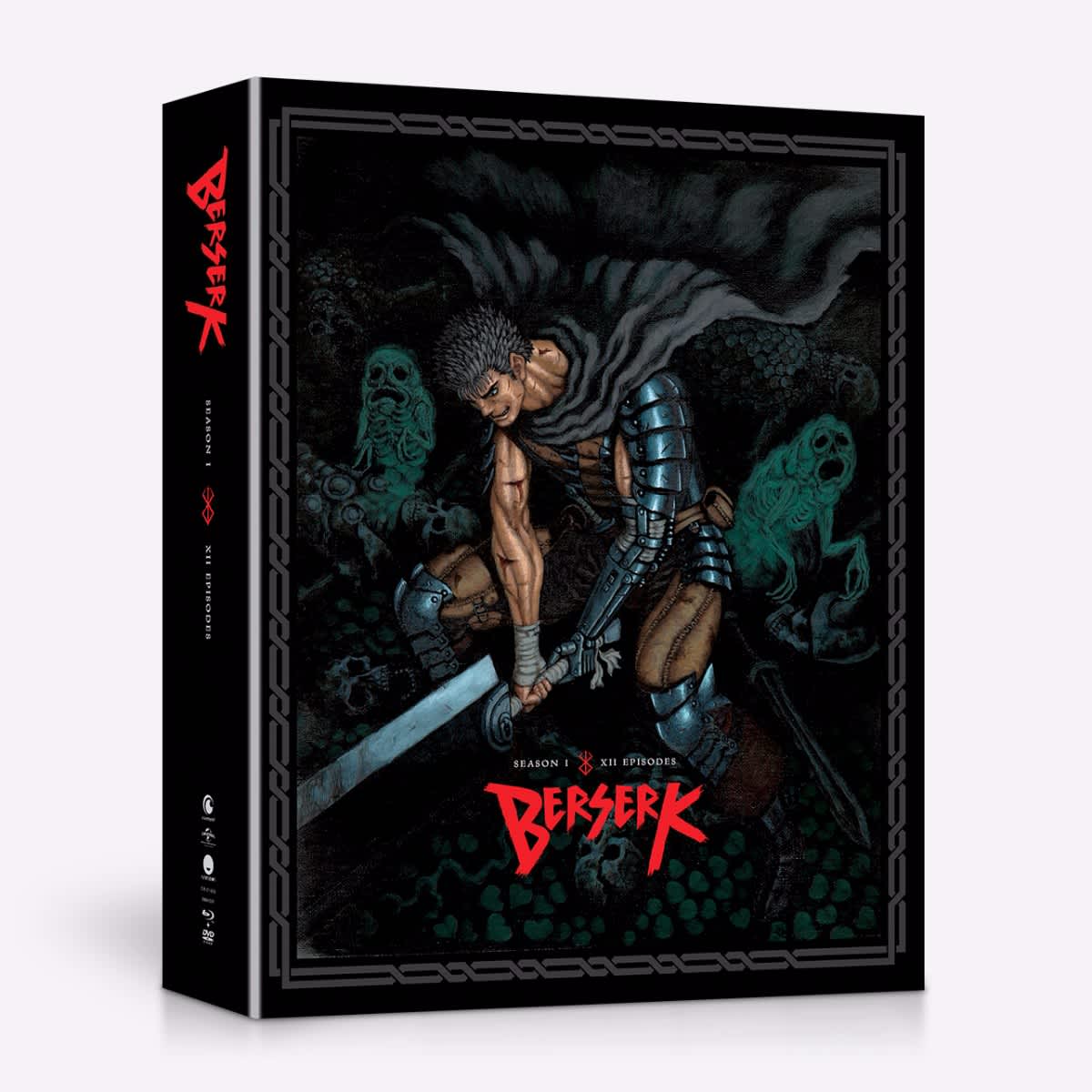 Milan Records' heroic mission to bring anime music to the world is going Plus Ultra, because they've just announced...
Announcements