Need a little boost for your Tuesday? Check out today’s awesome New Release Tuesday line-up! From Black Butler joining our Anime Classics line, to One Piece setting sail with Season 6, Voyage 4 — we’ve got lots for you to check out! Black Butler Season One has now joined our Anime Classics line! Ciel Phantomhive is the most powerful boy in all of England, but he bears the scars of unspeakable suffering. Forced to watch as his beloved parents were brutally murdered, Ciel was subsequently abducted and violently tortured. Desperate to end his suffering, the boy traded his own soul for a chance at vengeance, casting his lot with the one person on whom he could depend: Sebastian, a demon Butler summoned from the very pits of hell. Together, they’ll prowl the darkest alleys of London on a mission to snuff out those who would do evil. They’re a rare sight, these two: the Butler who dismembers with dazzling cutlery – and the Young Master who carries the devil’s marking. Rest assured that wherever they may be headed, it’ll be one hell of a ride. From the studio behind Aquarion EVOL comes a supernatural fantasy featuring otherworldly battles and forgotten promises. Tokyo Ravens is the story of an ordinary high school boy from a not-so-ordinary family. Harutora was born into an ancient clan of onmyouji known for their mastery of all things occult. Unfortunately, he didn’t inherit the magical ability to see spirit energy, so he was doomed to live a normal life. At least, that is, until a mysterious girl from Harutora’s past returns to alter the course of his future! .hack is more than just an anime. It’s a cultural phenomenon that transformed an entire generation’s view of the world. This wildly-successful franchise gave us all the chance to escape. Thanks to .hack, we no longer have to settle for being normal. We can delve into The World in search of adventure. We can run dungeons, collect treasure, and lose ourselves in virtual labyrinths. Each installment of this classic franchise is a melding of future and past where the rules of reality no longer apply. .hack is our ticket to the wired world, and we can’t wait to log in. Twins Rena and Shugo endured a painful separation after their parents’ divorce. When they both win avatars in a contest, they reunite in The World as BlackRose and Kite. After a frightening encounter leaves Rena in a coma, Shugo must unlock the secrets of the Twilight Bracelet and rescue his sister before it’s too late! 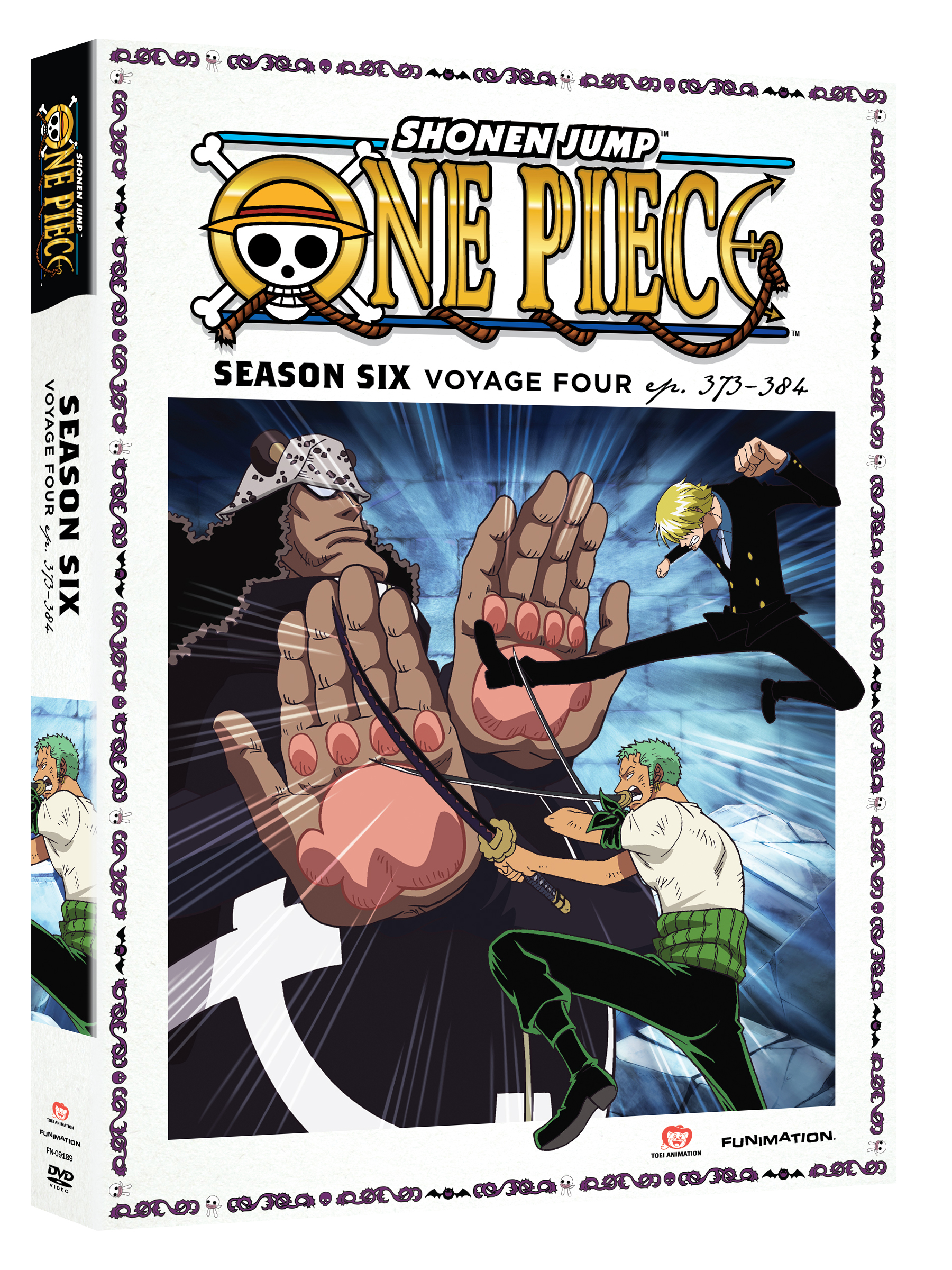 The harrowing Thriller Bark arc reaches its brutal end with a superhuman slugfest! Nightmare Luffy’s impressive punching power momentarily swings the momentum in favor of our heroes, but when the rubber-man’s hulking physique returns to normal, the bad guys get back in the game. Gecko Moria devours every shadow in sight as he monsters up in a heinous attempt to permanently sink the Straw Hats. Luffy, battered beyond belief, pushes his body past the breaking point as he seeks to save his friends and deliver the decisive blow in this battle for the ages. When the dust clears, only Zoro and Sanji are left standing to protect their fallen captain from the brutish Bartholomew Kuma! Should one of them somehow withstand a savage beating from this towering behemoth, the crew just might survive long enough to welcome a new member who holds surprising ties to a whale of a friend from their past!

Ahoy there matey! One Piece is back again on New Release Tuesday for new adventures, including ones that everyone has been waiting for, Sabaody...
Read more

This New Release Tuesday, we've made the call and now you can own the first season of Noragami on Blu-ray and DVD! There are...
Read more

This New Release Tuesday, we have two great titles coming out today: Origin: Spirits of the Past, a beautiful and thrilling movie from Studio...
Read more
© Newspaper WordPress Theme by TagDiv